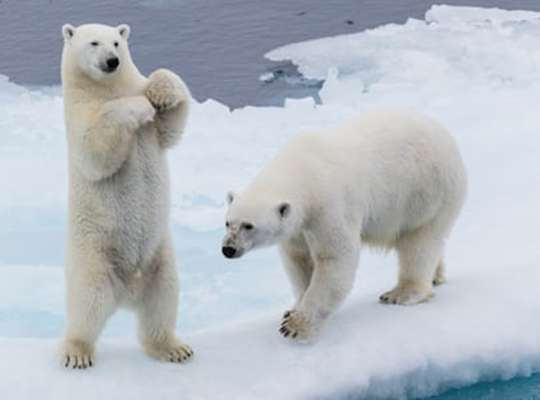 Random Fact about Animals – Back when humans knew nothing about the Earth, the number one source of lesson was animals. Animals are amazing and packed with some unique characteristics for each species.

Sometimes, they have unusual physical characteristics as well as behaviors. This is why looking at random fact about animals are interesting!

The lists below have been curated as some of the most interesting ones you’d want to know, especially if you are animal lovers. So, here are 21 random facts about animal for you to enjoy.

Read to what do birds eat ?

Did you know that we share most of our DNA with chimpanzee? In fact, chimpanzee has been known to be human’s closest relative in the animal kingdom.

However, we also have millions of difference with them, making us act differently anyway. Genetically, human is related to chimpanzee closely.

2. Both Human and Giraffe Have Seven Neck Bones 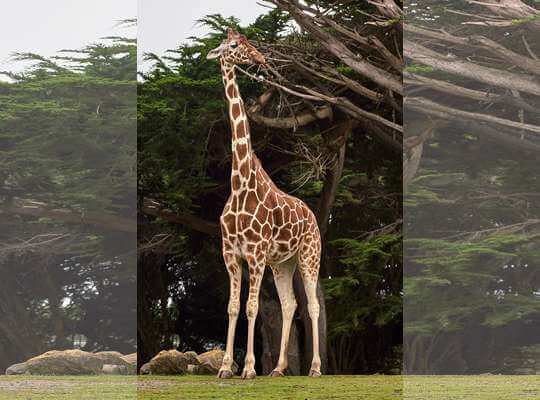 The wolfish look of huskies has made them popular to be kept as pet. Coming from a cold place, huskies are able to survive with little amount of food and has great tolerance to cold. This is because they need to carry things, or even people, over long distances.

Huskies do this easily with their amazing endurance skill. But, they are also great at running. In fact, huskies can run at around 30 km per hour and can actually maintain it up until 250 kilometers in a day.

4. Lion’s Roar is the Loudest Among Big Cats

Big cats consist of predators and the roars are one of the key to scare the other animals and even humans away. Out of all the roars that the other big cats can produce, the roar of a lion is the loudest.

The sound is so big that it can reach 114 decibels and can be heard until 8 kilometers in radius. The infamous roar sound is used by them to show dominance as well as marking territories so the other lions won’t bother them.

5. The Hair of Polar Bear is Colorless

Polar bear is known for its white fur, but it isn’t actually white. The fur is transparent and beneath, polar bear has black skin that soaks up warmth of the sun, making the polar bear as warm as possible.

The hair, however, is colorless and simply looks white due to the spaces in each hair that reflect wavelengths of lights. There was a discovery in 1970s where polar bears were turning green due to algae coming from the pond.

6. Vampire Bat Can Drink Blood for up to 30 minutes

Just like the name suggests, vampire bat consumes blood and can survive until now. Its teeth are so sharp that it might not be felt at all. Other than having sharp and pointy teeth, this is also because the saliva dulls pain of the prey.

The way they find where to get the blood is the work of vampire bat’s facial nerves. The nerves can sense the heat of veins before attacking the victim’s veins while doing minimal damage to it.

Starfish has central disc along with limb for regeneration, so if it is split into five pieces, as long as each of the pieces contain part of the central disk, the starfish will survive.

The portion where the central disc is not present won’t survive. So, instead of regenerating, the part of starfish will become somewhat similar to planarian.

If we have a finger print to differentiate one another, gorilla has a nose print instead. This is how the conservation of gorillas keep track of them as they look distinctly different.

Gorilla’s physical features, such as size, body and face, can be differentiate as well, but just like humans, some look quite similar. So, for record keeping purpose, looking at the wrinkle patterns in gorilla’s nose is the best method for observers. 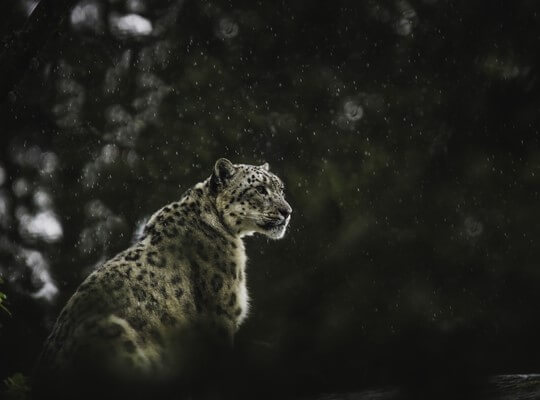 While the antlers of reindeers grow, they are covered with velvet. When it’s fully grown, the velvet shed. This has been farmed and used as performance enhancer for athlete that help with the injuries. Moreover, they are believed to boost strength and endurance of the athlete.

Before the velvet is removed, the reindeers are given anesthetic to minimize the stress. However, the consumption of this is not approved by FDA and banned by NFL.

This means that earthworms have both male and female sex organs, which mean an earthworm can produce both sperm and egg.

However, they still need pair to mate and are unable to reproduce alone. They will respectively change the organs used depending on the needs.

If you like to leave your foods uncovered, this fact might stop you right there. The eggs of housefly are not easy to identify as it is too small, just like white seasoning. Those eggs are festered with bacteria and without us knowing, they can be transmitted to the food we eat.

At a time, a female housefly can lay batch of white eggs approximately 150 eggs at a time. In mere 3 to 4 days, they can lay up to 500 white eggs. So, beware of these houseflies laying eggs on your foods!

12. Two-humped Camels Can Drink 50 liters at once

Camels are known to be able to consume water at once. A wild two-humped camel or Bactrian camel will drink as much as 50 liters when they find a source of water, and this includes salty water as well.

Moreover, the humps store fat that can be converted to water as well as energy to survive. This let them travel for months without having to drink at all.

Bactrian camels also have bushy eyebrows as well as long eye lashes that will protect them from the sun. Those are some of many features that camels have that make them able to survive in the desert for a long time.

13. Both Male and Female Pigeons Produce Milk for the Chicks

Pigeon, no matter what gender it holds, has the responsibility to feed their chicks with a substance called crop milk. Not many birds hold this rare ability.

There are only a number of birds who can do this, namely flamingos, emperor penguins and doves. Crop milk, also referred to as pigeon milk, can be produced by both parents to nest the first week of their kids’ lives.

Afterwards, the parents will start giving them softened seeds and plants instead. They soften it by retaining the foods in the crop for a while. Then, they will move on with eating seeds, fruits, worms and insects.

14. Cat Fleas Can Jump up to 60 Times Their Own Height 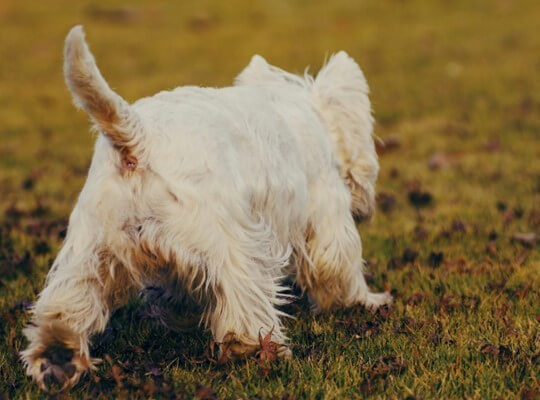 Cat fleas love to wander around on cats, dogs and humans. Did you know that it can jump up to 60 times their own body length? They don’t fly, they simply jump high and may end up on human hair as well as skin.

However, they don’t usually do this because cat fleas prefer furry hosts. But, cat fleas can and do bite humans either.

In the world of birds, emperor penguins are champions when it comes to diving. They can dive 500 meters’ deep below the surface and stay in there for up to 27 minutes.

As they jump in the water, they hold breath as the oxygen runs out. However, it builds up lactate in the muscles and shift the body into anaerobic dive limit metabolism that doesn’t need oxygen to work.

The heartbeat slows down and shut down organs that they don’t need, and then they in the title of diving champions among birds.

16. Nine-banded Armadillos Can Hold Their Pregnancies

Nine-banded armadillos, just like other types of mammals like badgers and bears, can put their pregnancies on hold. The embryo they have reproduced can remain in a dormant state.

Then, when their conditions are good for pregnancy, they will start gestating for about four months. However, due to the delayed implantation, they usually hold the babies and will give birth 8 months after mating. Another fun fact is that they will give birth to four identical quadruplets.

17. Chameleon’s Tongue is One to Twice as Long as its Body

The tongues of chameleons can move fast and with power due to the special elastic tissue that they keep folded inside their mouth. This tongue can length one to twice its size and is very elastic just like a string of bow. The tongue is then propelled with speed and accuracy that is deadly to the animals they catch.

18. Hummingbirds’ Wings Beat Around 200 Times per Second When They Hover

19. Jaguar Has 6 Times Better Visibility in the Dark than Human

Jaguar, just like another big cats, prefer to hunt at night as the darkness helps them hunt easier. The way jaguar hunts is to slowly and silently follow the targeted prey, then snatch them in one go.

Therefore, they prefer the darkness when it comes to hunting. In addition to that, jaguar’s visibility at night is six times better than human.

Moreover, hunting at night prevent them from being exhausted by the heat as sometimes jaguar can be found in tropical climates.

Giant tortoise that is found near Ecuador in the Galapagos Islands weigh the same as a brown bear. They were believed to have been extinct for more than a decade, yet was found again in the place after was last seen alive in 1906.

The fur of sea otters holds the record of being the thickest and densest fur of not only mammals, but all animals. In fact, it has around 800 million hairs in a large male sea otter, and human only has around 5 million. The fur is long and waterproof and will make prevent them from being wet.

With millions of animal’s species there are in the world right now and a lot are still yet to be discovered there are tons of fascinating trivia you might be interested in.

There is even some ancient knowledge about animals that we might never get the chance to know about as they got lost in history. This is why it’s important to acknowledge these as we have the chance to.

The ones mentioned above were great, obviously, but you can seek for more random fact about animals that will impress you even more, such as these weird facts about animals. The randomness about these animals should trigger your knowledge to find out more fascinating facts about animals!